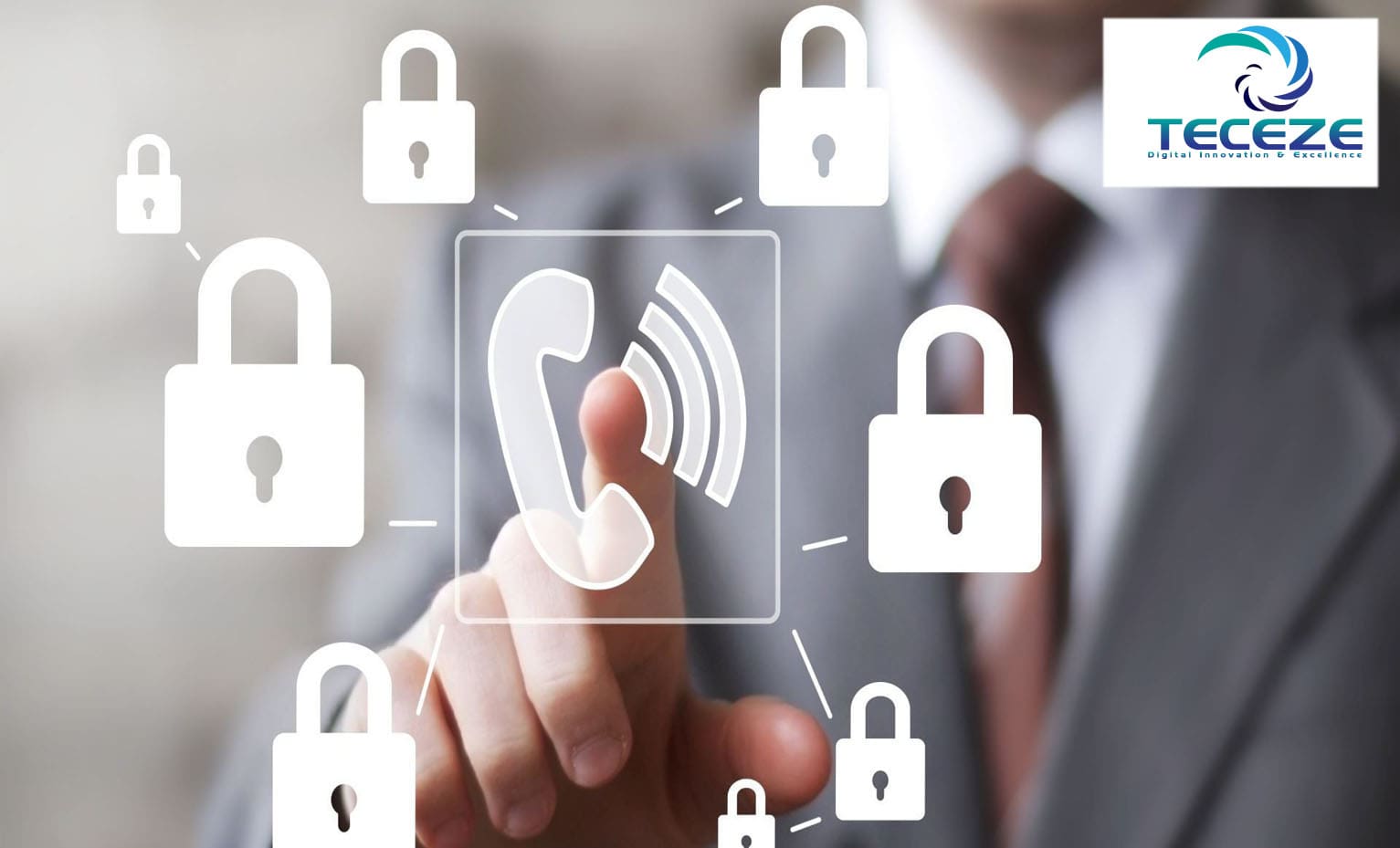 Importance of Cyber Security with VoIP

Previously used analogue or digital telephony requires the transfer of data through a physical medium. For launching a successful traditional telecommunication security attacks, such as eavesdropping, necessitates a physical presence and access to the actual lines.

Well, as we are all aware that security is a widely debated topic, and the importance of encrypting VoIP cannot be more emphasized. Because of the rapid rise of VoIP, it's critical to be aware of some of the most common risks. A secure VoIP solution is provided partly by each device and service, but there are a few alternative approaches to safely install a VoIP system.

VoIP Cyber Security Risks and How to Secure them?

VoIP is a fantastic technology for telecommunications that are quick, cost-effective, and user-friendly. VoIP security has received a lot of attention which could make them vulnerable to cyber-attacks, just like any other internet protocol, but it doesn't necessarily have to be.

If it is unprotected, it can be hacked because it is on the internet. VoIP calls can be overheard or tapped, and it can even be used to get access to servers at times. This is especially risky if you're taking or making credit card payments over the phone, or if you're talking about personal information.

It's a call that's made digitally rather than via regular phone lines. Internally, using VoIP is just as reliable as using traditional phone lines, as long as the IT infrastructure is robust. Luckily, VoIP can be protected with some fundamental cyber security techniques and best practices.

They are vulnerable when calls are made outside of the internal system.

A VoIP phone call is initiated and terminated using the Session Initiation Protocol (SIP). It serves as a bridge from the phone to the internet. For VoIP communication, the SIP is required. It is unsecure and exploitable.

The call data is subsequently transmitted across the internet by one of several different protocols, and the SIP terminates the portal in the end.

Any IP address can link to any other IP address, as computer networking is an open network system. IP Protocol and IP Addresses are essential in both public and private networks that are used each and everyday voice and data communications. As a result, computer networking attackers have far greater access and capabilities to launch malicious operations against VoIP systems.

Hairpin telecom traffic was a common attack. When inbound calls to a voice network were routed to a different destination, this was known as rerouting. Ever since the voice networking has been integrated with computer networks, to acquire access to a voice system, you no longer need to be physically present.

The main objective of hackers is to scour the range of IPv4 and IPv6 IP Addresses for VoIP Services to target with different types of cyber-attacks. Once a VoIP Service has been identified, various types of attacks can be launched. It's best to learn about the tools and methods used to find VoIP services so you can spot them and refuse to acknowledge the VoIP service to the hacker. If the hacker is unaware of the VoIP service, they will most likely ignore it and move on.

DDOS attacks may be devastating to any business, and therefore it's critical to take precautions to secure VoIP. VoIP cyber security could be enforced by the following methods.

Robust Passwords: The lynchpin of cybersecurity is a strong password. So, you better ensure the passwords on the routers, servers, IP switches, and firewalls are strong.

Encryption: Encryption is one of the most effective methods for ensuring that data sent over the internet cannot be deciphered, even if it is intercepted. This is especially useful if your end-users, partners, clients are having important talks that could harm their reputation if the specifics get exposed. Ensure the VoIP and SMB services are encrypted. Hence, encrypting the data at multiple points makes it tough on hackers to gain entry.

VPN: Virtual private network (VPN) is an excellent approach to protect data while it is being transmitted over the internet. It works similarly to an internal network, where it creates a secure network across which data can be transmitted. Using VoIP over a VPN certainly protects the SIP and they are almost untraceable.

Conduct Network Penetration Testing: Make sure to conduct network penetration testing on a regular basis. It is a cyber security methodology, when a system is intentionally hacked by an IT professional to see how vulnerable it is. Once the flaws are identified, they can be remedied, which is to strengthen your entire IT infrastructure.

Network Address Translation (NAT): NAT is a router feature that enables phones, laptops, and other internet devices a private IP address. Only your LAN can see the private IP address. If a hacker is unable to identify an IP address, then the network cannot be remotely compromised. A VoIP phone with a public IP address is vulnerable to cyber-attacks. 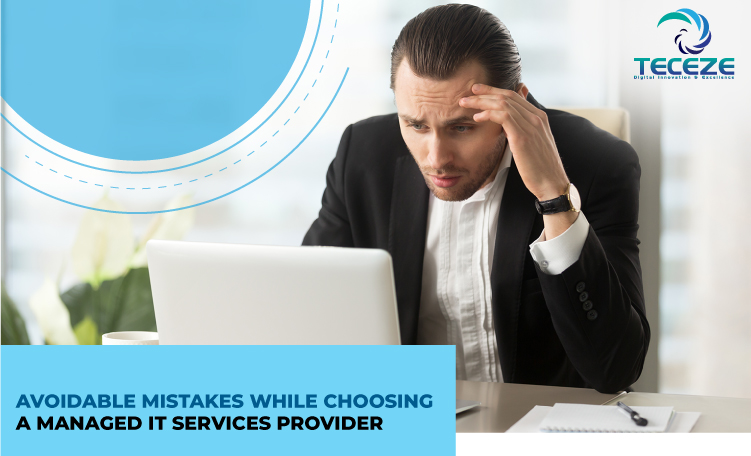 Avoidable Mistakes While Choosing a Managed IT Services Provider

Managed IT services companies have been used by an expanding number of businesses (MSPs). Without the need for an internal IT team, businesses may use an MSP to get the same amount of help as if they could have IT resources on staff, but at a significantly cheaper cost. 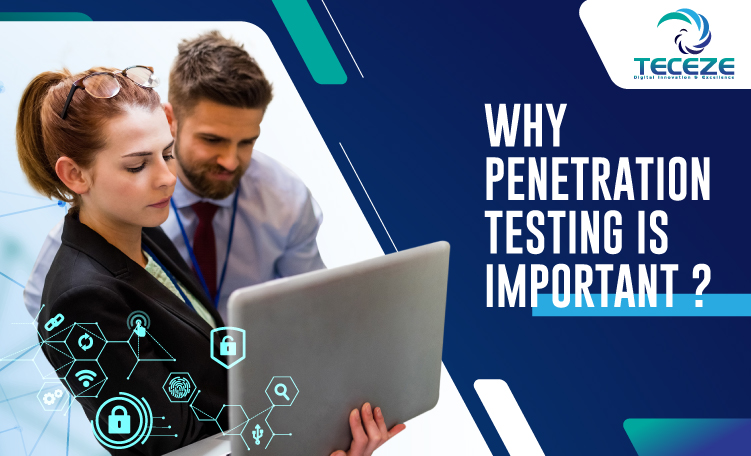 Why Penetration testing is important?

Penetration testing (also known as pen testing or ethical hacking) is a security procedure that involves analyzing your computer system's software for vulnerabilities and susceptibility to attacks such as hacking and cyber-attacks. 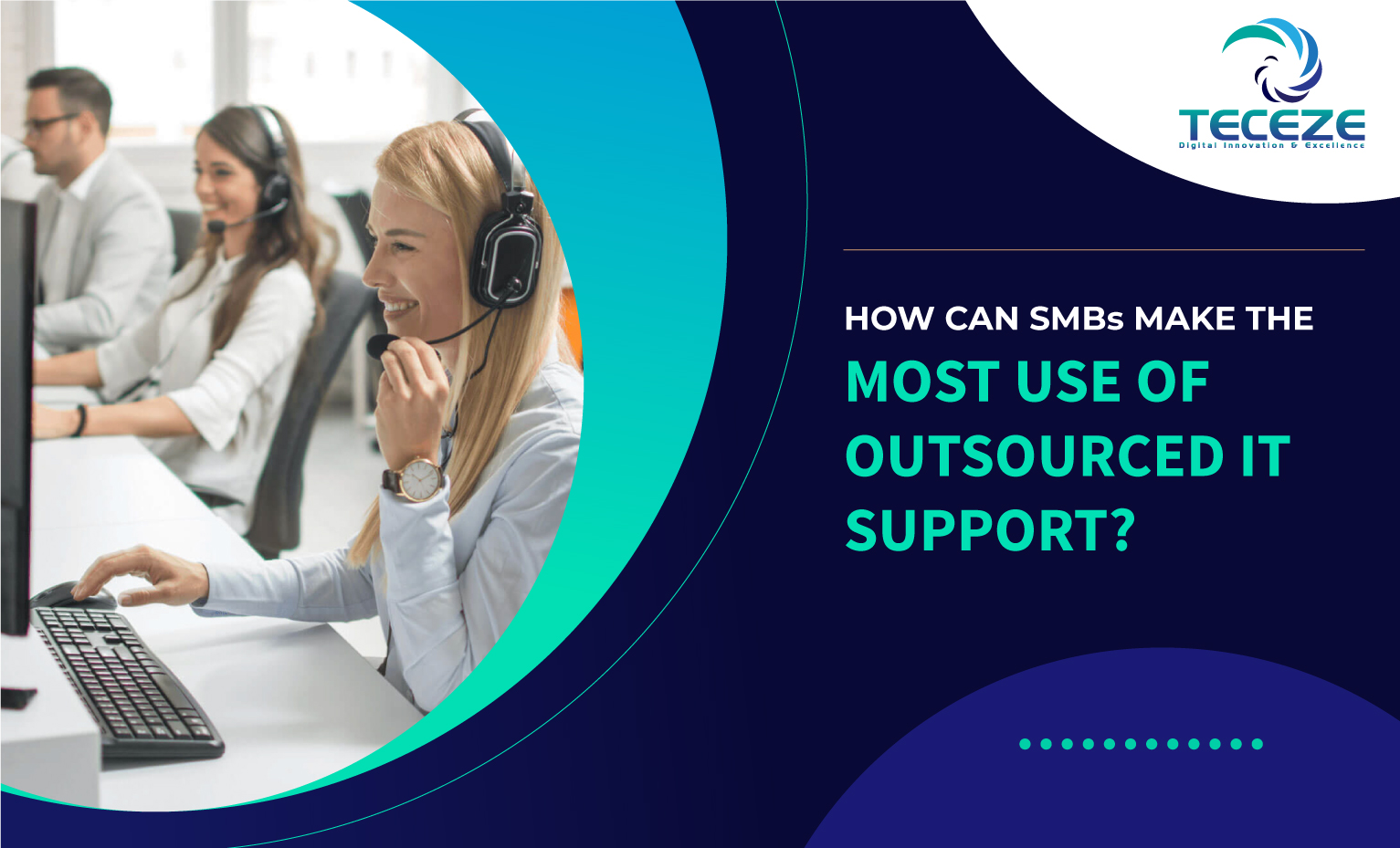 How can SMBs make the Most use of Outsourced IT Support?

Hiring third-party IT companies or specialists to handle IT-related activities is known as outsourcing IT services. A lot of businesses are going to opt to outsource their IT department to specialists who can focus exclusively on the company's IT requirements. 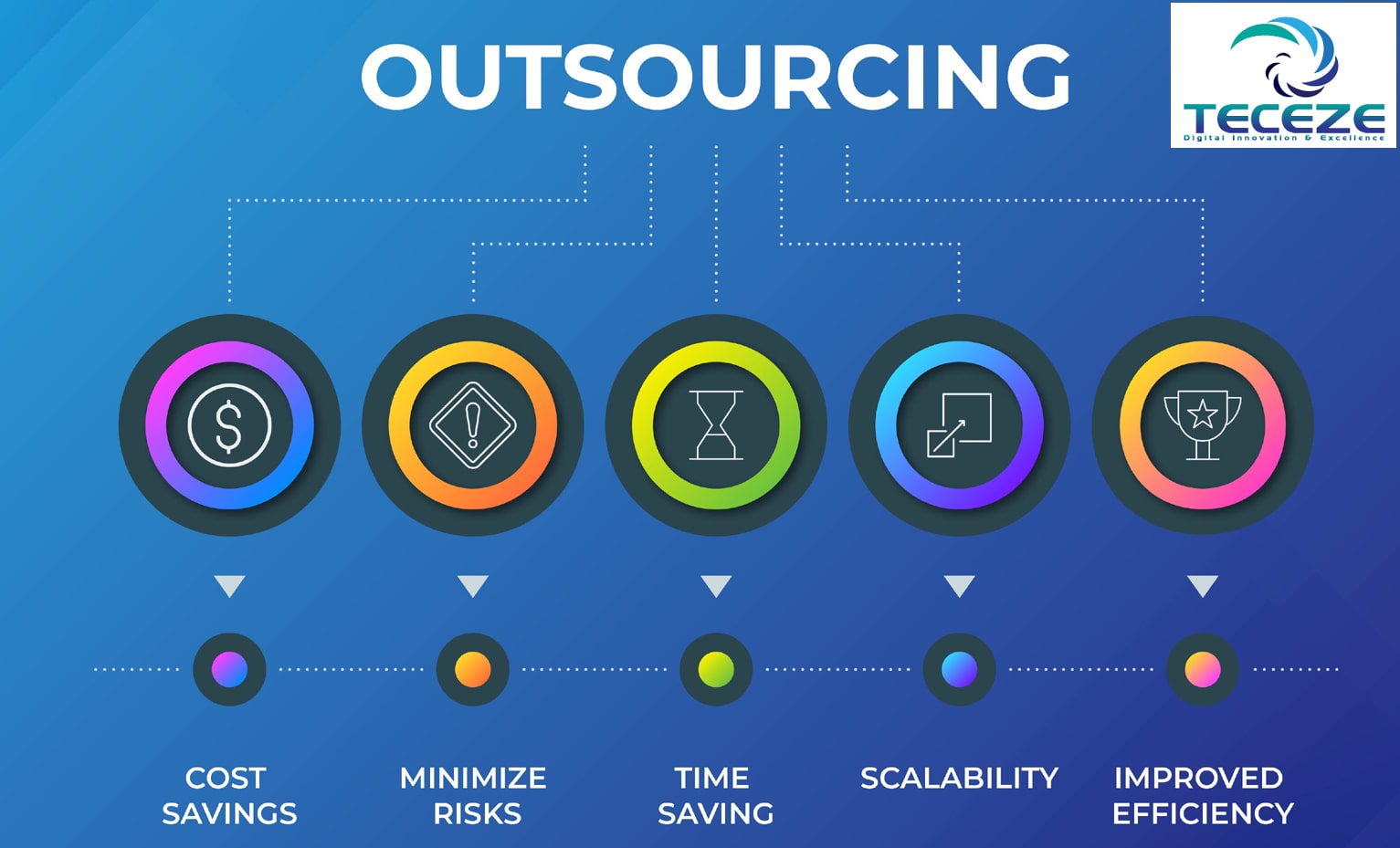 What does Outsourced IT Support mean?

Managed services provider (MSP) handle all of your company's IT service like IT infrastructure, data security, network security, cloud services, disaster recovery, and more. Outsourced IT support involves more than simply contacting a technician to repair a malfunctioning computer or a server that has become unreachable. 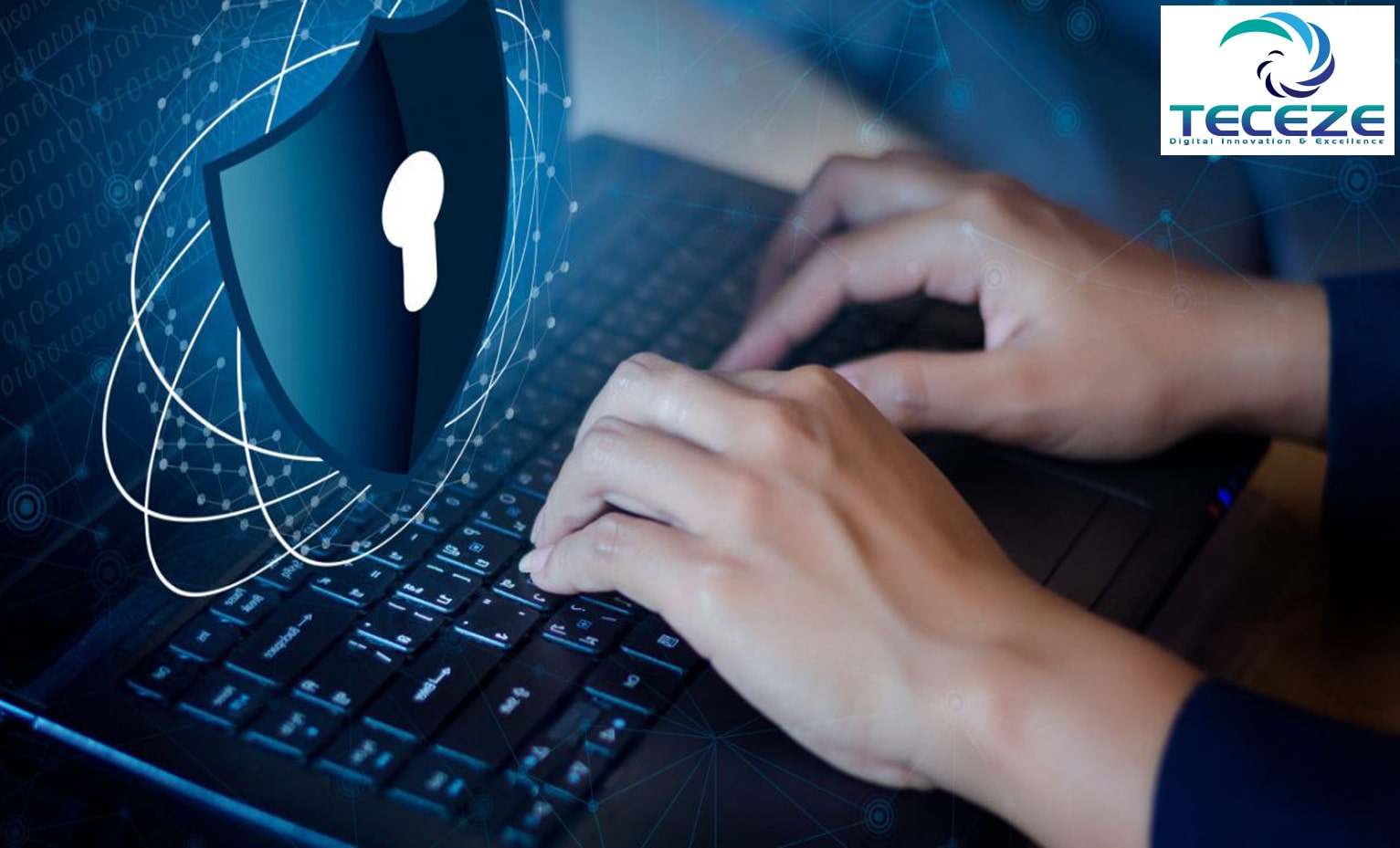 Small business cyber security is something that everyone in the IT sector is aware and concerned about. We all know the threat is real, whether we develop websites, write application forms, or support the business networks.